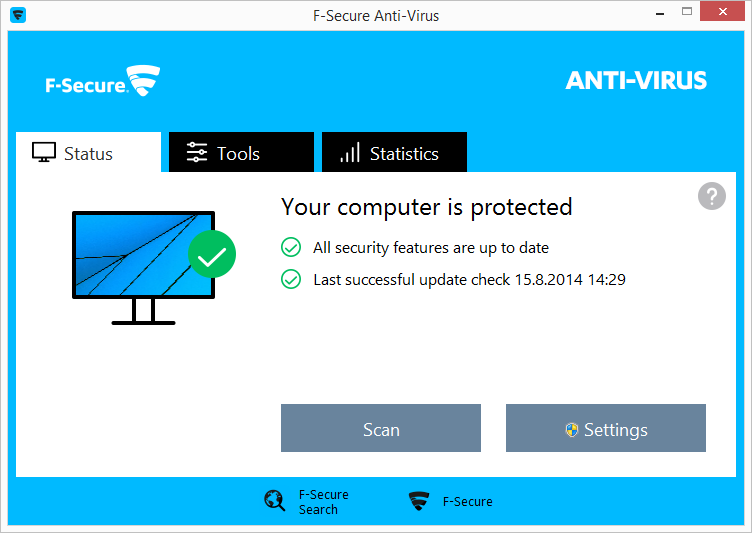 F-Secure design is like it’s approach to antivirus scan: elegant and effective.

F-Secure Internet Security is a European company that develops security software since the early ‘90s, so it can be a safe bet if you want a trusted, reliable antivirus program to protect your computer. And although it’s not well renowned as its most famous competitors, it indeed does a good job in an unobtrusive and swift way. F-Secure could be your antivirus of choice if you’re willing to let go of some features that other antivirus software deploy.

For example, you won’t have any option to scan or block malicious URLs, nor an anti-phishing technique that you can deploy to prevent any infection or wrong browsing, even though it scans every file downloaded from the internet (in a sense, providing security afterwards). F-Secure still has some interesting feature, which allows it to eliminate malware without bothering the user, or protect him from zero-day attacks pretty effectively. It also is very quickly when scanning your hard drive, both the first and from then on.

F-Secure is not as complete as other security software around, but it’s is among the most no-nonsense antivirus around, and if you want your PC or Mac quickly scanned this is a sound choice.

Best for: personal use.

Complete protection from virus and malware.