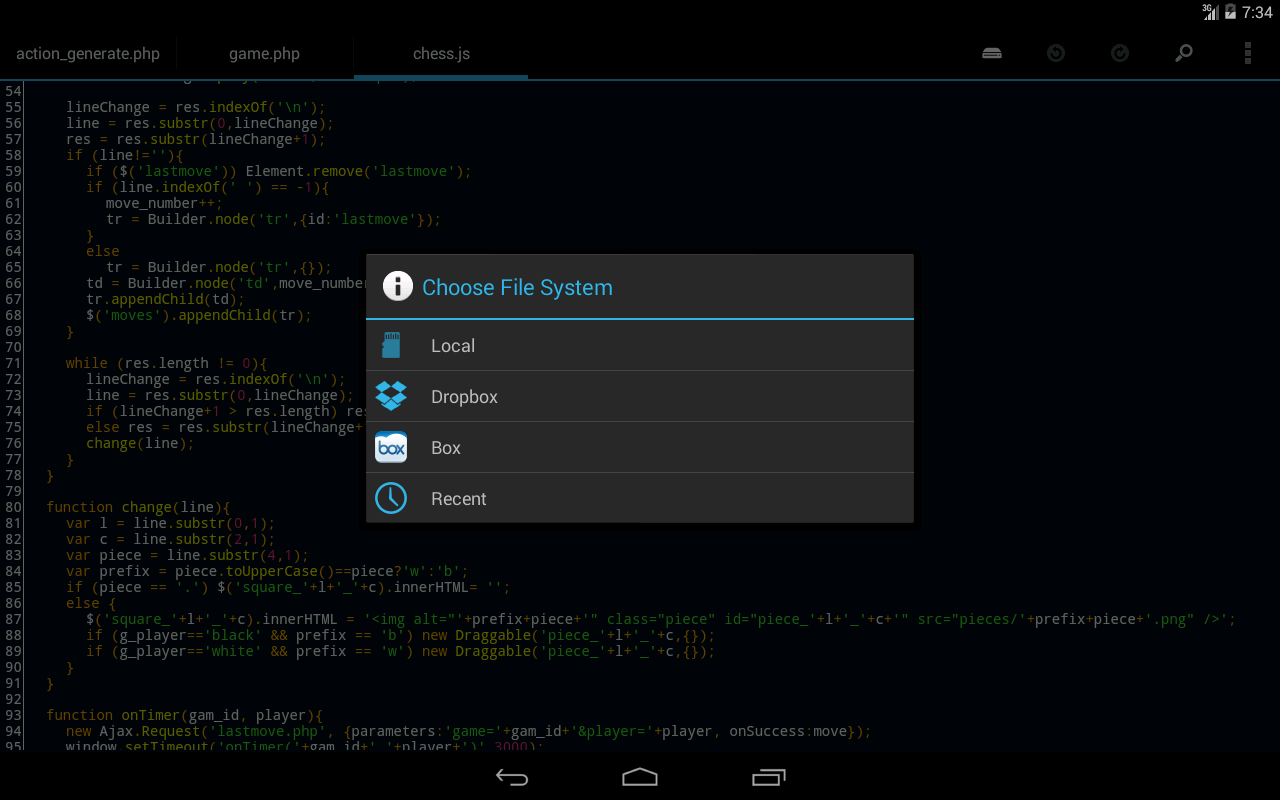 It could happen. You might be sitting on the bus when you get hit by incredible idea for a game that will be as popular as Angry Birds. So you whip out your phone, open an app and before you’ve reached your destination, you’ve already thumb-typed most of the code. All you have to do when you reach your office is upload the graphics, submit the app and wait for the money to roll in. It’s unlikely though, isn’t it. It’s more likely you’ll be sitting in a bar with your friends when you get an angry text from your manager telling you that there’s a bug in the code and you need to fix it right now. So while your pals are swapping jokes and drinking beer, you’ll staring at your Android device looking for a mistake in thousands of lines of code.

For better or worse, you can do either of those things with DroidEdit Pro. The app works on Android devices and provides a surprisingly useful way to write and edit code on a phone or tablet. Because DroidEdit works with Dropbox, Drive, FTP servers and Github, you can edit documents directly from the cloud — so no loading up your phone with lots of proprietary code. Syntax highlighting is available for nearly 200 different languages, including C, C++, Java, HTML, Ruby and many more. Even better, DroidEdit Pro also provides custom themes so you can make it look like the editor you use at work (or match it to the nightclub in which you’re doing your work.)

Other functions are relatively simple. DroidEdit offers bracket matching and character encoding, as well as auto and block indentation. Emmet allows simple expressions to be turned into complete HTML code with a few quick clicks. An extra keyboard line means you won’t be hunting around for these coding symbols. And if you really want to hack your phone, then DroidEdit will let you play around with the software on your rooted device… right up until the moment you brick it.

Some users have reported a slow response time on Android 6, and editing particularly large files on a small device with relatively weak hardware won’t be easy. Nor will you be doing any quick previews when you’re working on a five-inch screen. But despite the limitations, DroidEdit Pro does the job. It allows developers mobile access to their code and gives them the means to comfortably write and edit lines.

You might not need to write code on an Android device too often, but the ability to be able to make adjustments on the go is invaluable. DroidEdit Pro is a great way to do it.

ACCU-RATE:
Reviews this softwareGet it now

Best for: Developers who know they’re likely to be called on outside office hours to fix bugs and solve problems right away.

There's a free-with-ads version on the Google Play Store.