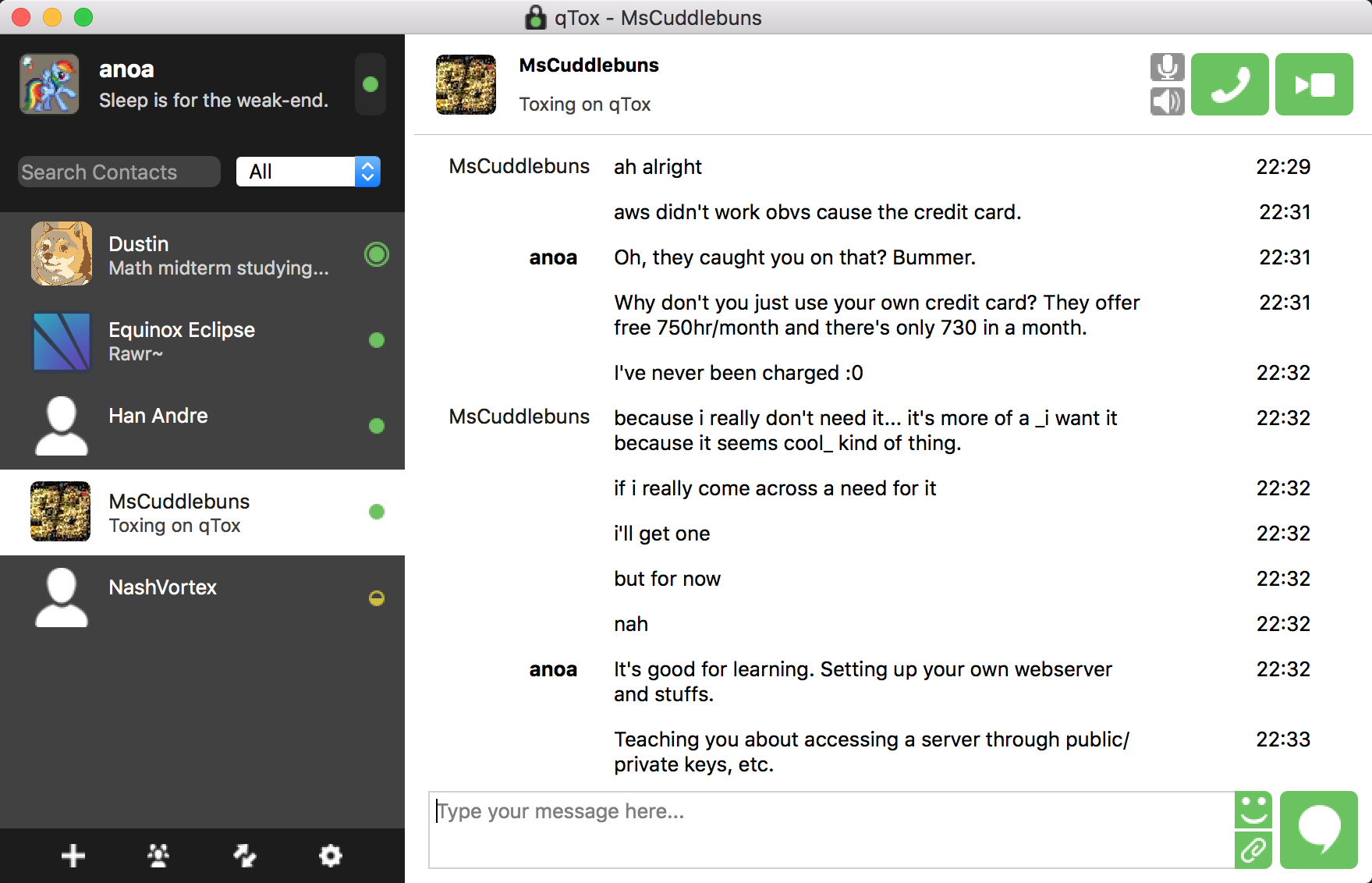 Whenever a new software product enters a crowded market, its maker tends to pitch it as a revolutionary step forward. It’s not just faster and prettier. It’s also packed with amazing new features that you never thought you needed. Tox doesn’t do that. Most of its features are the same as those you’d find in just about any instant messaging service. Users can chat with contacts around the world. They can set up group chats to talk about particular projects or topics. File sharing is unlimited, and users can share their screens, and voice and video chat without reaching into their pockets.

But the feature that really stands out on Tox is the security. The program is open source and built by a community inspired by the leaks of Edward Snowden. Everything that passes through Tox is encrypted at both ends with open-source libraries. The program has no central servers that can be raided, shut down or made to hand over data. No one knows who you’re communicating with except for you and the person receiving the message. As far as the makers of Tox are concerned, it’s an alternative to services that “spy on us, track us, censor us, and keep us from innovating.”

In practice, while businesses that use instant messaging services have reasons to be concerned about security, few are really worried about censorship and spying. But even if you’re not using it for whistleblowing or criticizing a tyrannical government, Tox’s instant messaging features are enough to make it a useful addition to the communications market.

Tox is aimed at users with high security needs, worried about spying and censorship… or just paranoid. But it’s also a pretty effective instant messaging app in its own right.