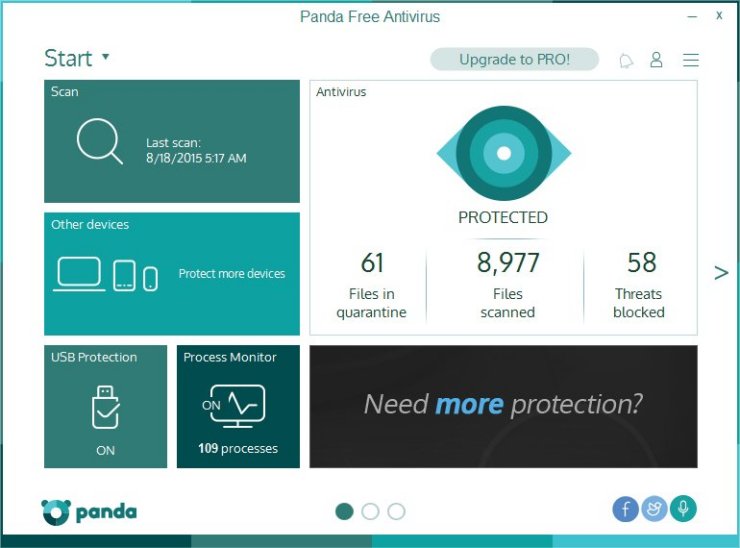 Panda Antivirus 2016 has a clean dashboard from which you can detect any hazard.

Panda Antivirus comes in two edition, Free and Pro. Since the underlying malware detection engine is the same for both, we’ll analyze the Free version, but our observations will be valid for the Pro edition as well.

Panda Antivirus Free is one of the most famous antiviruses on the market and performs very well when detecting malware; on the other hand it struggles when facing malicious URLs, where other competitors out-perform it.

Additional tools included with Panda Antivirus provide further protection options, such as a bootable disk option in case your PC get lost to some ransomware or checking external drives to avoid any infection.

Unfortunately, Panda Antivirus is not as quick as many other competitors: running a complete scan of the hard disk could take more than an hour while Avast or AVG (just to name another free antivirus) could finish the scan in much less time.

Overall, Panda Antivirus can adequately defend your PC, but you may want to try another free competitor beforehand.

Best for: personal use.

You can use it after the trial without some features.