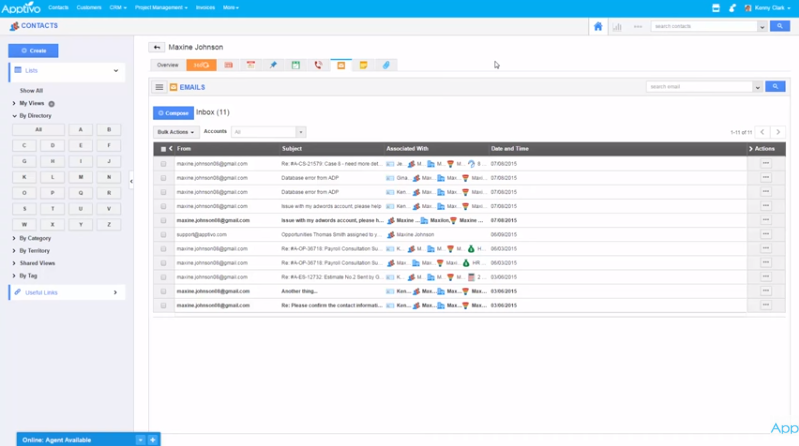 Any creator of CRM software is going to have to answer one simple question: why shouldn’t the buyer use Salesforce? With a competitor that powerful, that well-known and that popular, they’re always going to have their work cut out to come up with an answer. Apptivo has managed that. Whether the answer is persuasive enough to convince a business to skip a program that’s now traditional, tried and tested, and use a less well-known service will depend on the company.

Apptivo offers a good range of functions. Users can capture leads from the Web, build mailing lists and open channels of communication that can convert those leads into new customers. They can review tasks, send invoices, create projects and maintain contact lists of customers. Triggers can be used to set up custom workflow automation rules, making the conversion and communication process easier, faster and more hands-free.

The way into Apptivo is through a weekly calendar but the left of the page contains a list of areas that will take you out of the calendar into tasks, work queue, emails, notes and other features. But the most outstanding feature on Apptivo, the sales point that makes any corporate buyer hesitate before buying Salesforce, is Apptivo’s flexibility. The ability to add from a large number of apps that extend Apptivo’s functions is a major advantage for a range of different businesses. Firms that don’t want to use a separate sales management tool, for example, can add a dedicated app. Businesses that want to create a sequence to move leads logically through a sales pipeline can find an app that allows them to keep control of the entire process without leaving Apptivo. 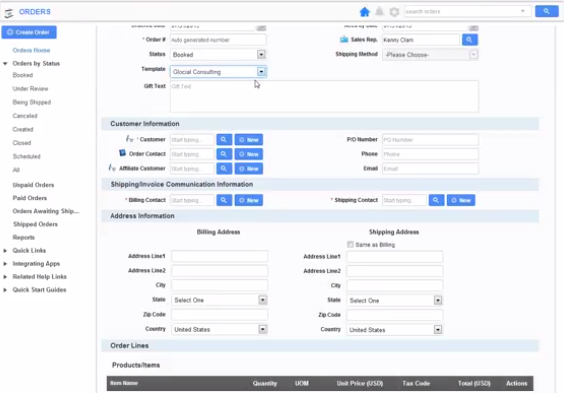 You’ll struggle to find an app or a function on Apptivo that isn’t also available on Salesforce but you’ll also struggle to find the combination of apps and functions that you might want to use on a competitor’s platform too. It’s Apptivo’s flexibility more than its functionality that really makes the platform. The opposite isn’t true though. Apptivo is less generous when it comes to importing data from other programs. If you’re already set up on a different invoicing program, for example, you might find it easier to stay there.

While flexibility is one important sales point, Apptivo does have another: the pricing. The platform has a completely free starter plan that can be used by three users and is severely limited. It supplies just 500MB of data storage and only allows for advanced search, reports and saved views. Think of it as a way to get in and look around. A Premium plan costs $10 per user per month (or $8.33 if charged annually) with two free trial months, and supplies much broader features. Data storage is 3GB per user. The platform can take 2,000 API requests per user per day, and it can send 1,000 emails per user per month. For less than ten bucks a month, it’s an attractive deal. The Ultimate package costs $25 per user per month (or $20.83 if paid annually) and lifts the data storage to 10GB per user, the API calls are 20,000 per user per day, and email campaigns are as high as 3,000 emails per month. Enterprise-size businesses can ask for a quote.

Apptivo works with FireFox, Chrome, Safari and Internet Explorer and is also available on Android and iOS.

Apptivo’s big strength is its flexibility. You’ll be able to customize it to match your needs and avoid paying for Salesforce features that you never use.

ACCU-RATE:
Review this serviceTry it now!

Best for: Small businesses with tight budgets that want a flexible approach to their customer relations management.