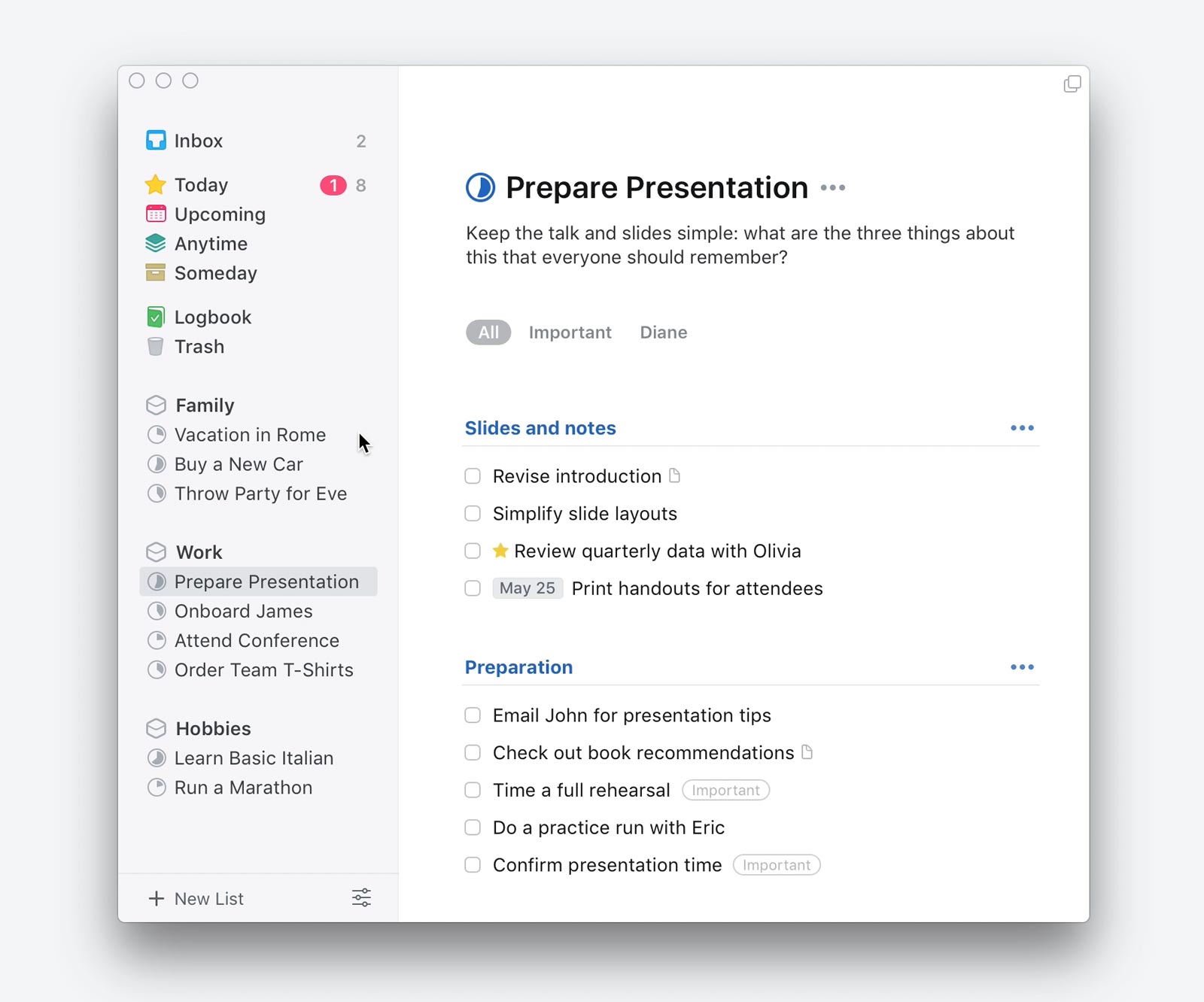 When the first version of Things came out on the iPhone in 2008, followers of David Allen’s Getting Things Done productivity system thought they had died and gone to heaven. While other to-do list apps allowed users to do little more than build lists and enjoy the satisfaction of checking them off, Things came closer to letting users build the 43 folders and multiple list types that GTD recommended. It sold millions and won two Apple Design Awards (one in 2009 and one in 2017).

The latest version has been five years in the making, and it takes list apps into a whole new area.
Start with the design. Out has gone the clunky, old look-and-feel that Things used to have and in has come a clear appearance that’s much easier to follow. The circles don’t just tick off a project but show how much of the project has been completed. The flow from title to description to calendar, tag and check list is simple and intuitive. The “Magic Plus” button that adds a new item is draggable, letting you put the new item exactly where you want it. You can also use it to create headings and send an item directly to the inbox.

In a really smart move, Things also integrates with your calendar service, so when you look at your list of tasks for today, you’ll see a prepared list of engagements arranged in chronological order, followed by the other things you’ll need to do. The addition of a “This Evening” category lets you push off tasks until you get back from work.
The headings turns lists of tasks into complete projects that can be rearranged together, while adding a date to a task is as simple as using a quick popover that pulls up a calendar once it recognizes your typing. Start to write “Buy tickets tom…” and Things will give you a date to select so that you add your ticket buying to the following day. On the desktop, you can also open multiple windows, letting you see different project lists at the same time. 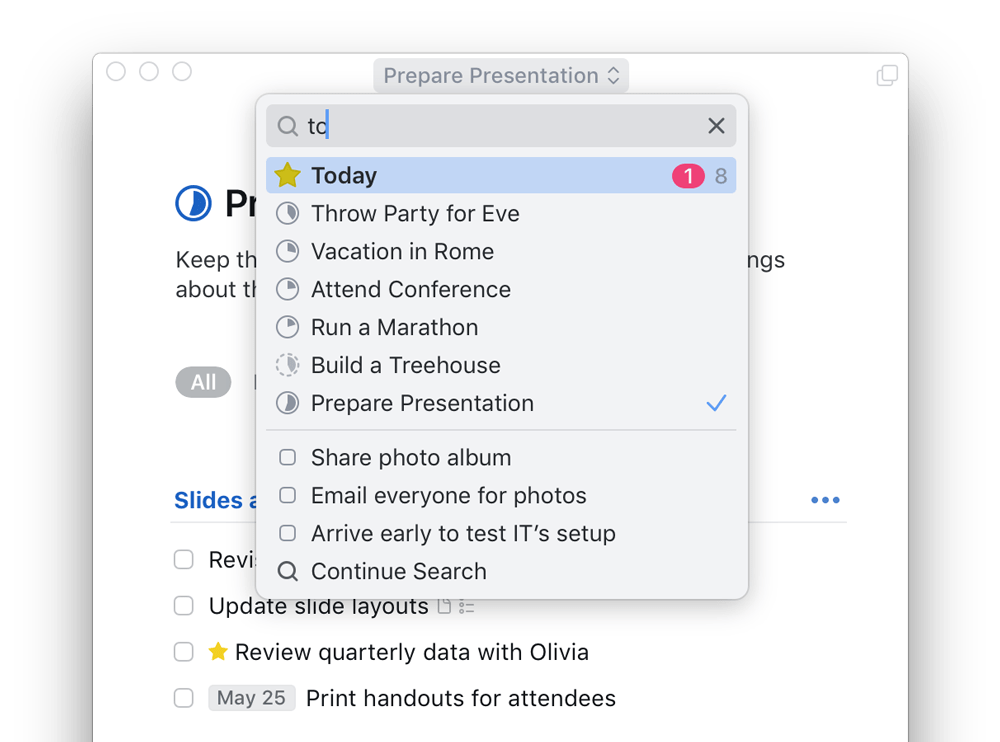 It all sounds wonderful, and when you’ve spent five years coming up with a way to help people write lists and check them off, it really should be wonderful. But Things does still have a few drawbacks. First, there’s no collaboration. If you’re working on a project with someone else, you won’t be able to share a list. Things is every bit an individual productivity tool. It’s also only available on the Mac ecosystem. You can use it on your Mac, iPhone, iPad and even on your Watch, but not on Windows or on an Android device. Each piece of software also has to be bought separately. Buying the lot will set you back $80, not a small sum when there are plenty of list apps available for free.

But if you’re serious about getting things done, work alone and don’t mind coughing up the cash, Things will have everything you need.

Things is a juggernaut of a to-do list. It’s expensive and only for Mac users but it’s packed with productivity features.

Best for: GTD fans or people who really need their lists.