“It doesn’t suck” claims Bare Bones about its BBEdit 11, the latest version of a text editor that has been pleasing developers and writers on Macs since as far back as 1992. It’s an act of self-deprecation that downplays a tool that despite (or perhaps because of) its simplicity, is remarkably effective.

Since its launch, the main goal of BBEdit has been to make text editing on Macs simple for both coders and writers; the software has features that please both groups of users. Developers can enjoy access to features that might have writers scratching their heads, such as grep pattern matching, project definition tools, syntax coloring for a wide range of source code languages, FTP and SFTP open and save, AppleScript and macOS Unix scripting support.

But writers can enjoy placing the cursor on the first use of a word and seeing the program underline every other instance of it. It’s a much simpler version of the Find function found on professional word processors, though not a function that developers are likely to use too often. 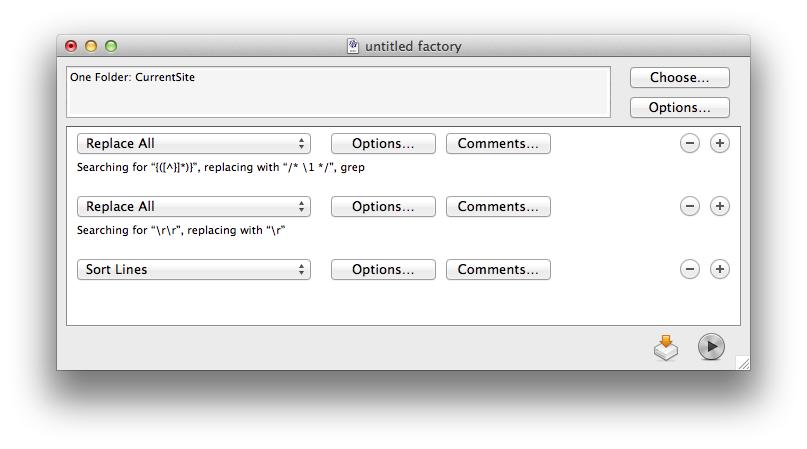 BareBones emphasizes six outstanding features of BBEdit. “Exercise Total Control Over Text” plays up the program’s editing features and especially its Text Factories, a combination of autocomplete and Find And Replace. “Work Your Way” provides for plenty of customization, especially for keyboard shortcuts and the ability to create your own functions or customize a menu command.

BBEdit also allows access to and editing of files in local and remote volumes, and even the editing of a single file in multiple windows. What BBEdit calls “Textual Omnipotence” is actually its reference to syntax coloring for more than 20 languages, code folding, line numbering and indenting to show code structure.

“Live Up To Standards” includes the program’s markup tools and syntax checking to reduce coding errors, as well as macOS’s spellchecker to mark up those typos. Finally, BBEdit also claims to be able to integrate easily into a users’ existing workflow, helped by support for Subversion, Perforce and Github. Shell Worksheets let the program work with the shell and Automator support makes “most” of what appears on the text menu available to Automator. There’s no scripting required to move text in and out of BBEdit docs.

BBEdit looks simple and its slogan plays down its range of features. But the program manages to strike a fine balance between providing the simplicity that some developers (and writers) say they want with the range of features and tools they usually find they need. That balance is also reflected in the program’s mid-range price.

ACCU-RATE:
Review This SoftwareTry It Now

Best For: Developers and writers who want to feel that they’re working in a stripped-down environment but don’t want the hassle of missing their favorite tools. Long-time users of BBEdit will love the way the program is developing.