While Adobe’s video editor can bring a smile to the face of a professional creative and a look of confusion to a hobbyist, Corel’s VideoStudio Pro does a good job of bridging the gap. That puts it right in the laps of enthusiasts who want to do a bit more than put a title on their vacation videos but aren’t going to be cutting their own feature films. 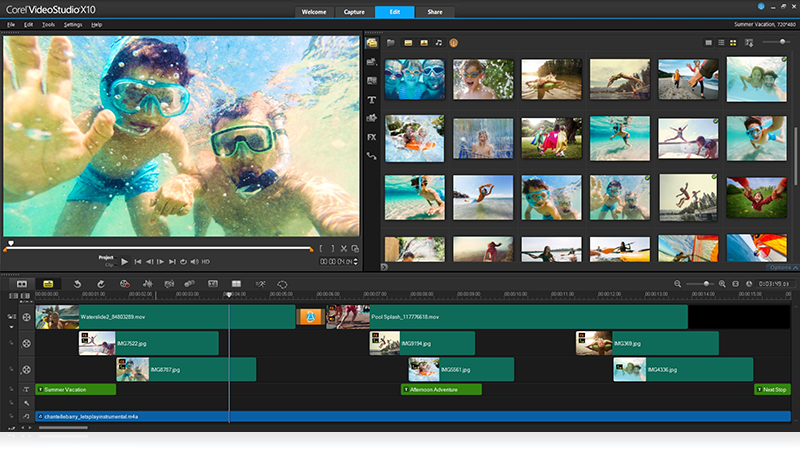 The multi-camera video editor lets you work with six different tracks, giving the final film the same kind of multi-angle effect as a movie. It’s also probably more than you need unless more than one of you brought a camera to an event. But it does mean that you can plan your shoot with the knowledge that the final look can be dynamic. Features like these in an enthusiast’s software can encourage better filming techniques.

VideoStudio Pro also comes with stop motion animation built-in. You can plug in a camera and use the software’s auto-capture settings to make your kids’ toys look like they’re coming to life. Other cool features include motion tracking that lets you blur out a face or add a caption that follows an element through a film, and support for 360-degree VR. That’s the sort of thing that’s likely to get you buying a 360 degree camera if only to experiment with all of the fun things it can do. Add enhanced video color, more than 2,000 effects and transitions, and easy video masking, and you’ll have everything you need to make professional-looking films. 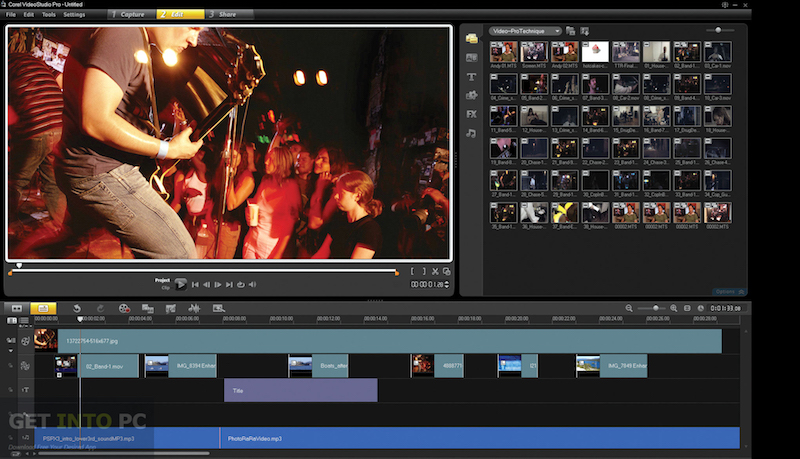 And you don’t need professional knowledge to do it. Corel VideoStudio welcomes new users with instructions, videos and templates, and it keeps the three modes, Capture, Edit and Share, within easy reach. The layouts, while traditional, are also remarkably flexible, allowing users to switch between them.

One of the least promoted features may also turn out to be among the most useful. The ability to perform live screen capture makes it possible to easily record training videos and presentation content, while the rest of the software allows for the easy editing of additional content. Even executives with little desire to record their ski trips and weekend mountain biking could well find themselves reaching for their Corel to prepare for their conventions and train their staff.

Like most video software Corel VideoStudio has a ton of features that you’ll never touch but it has everything you need and it’s easier to handle than most.

ACCU-RATE:
Review this softwareGet it now!

Best for: Non-professionals who want to produce professional-looking videos, including training videos and presentations.