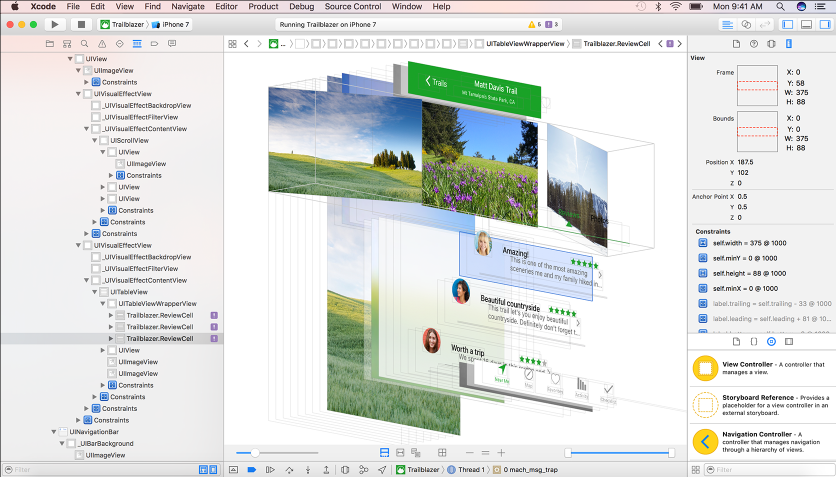 Apple made it. That should be reason enough to use Xcode, especially for fanboys. If it’s got that half-eaten Granny Smith on the front, it’s not just good enough, it’s a tablet of stone handed down from Mount Cupertino.

For the rest of us, Xcode is… okay. As IDEs go, it works. You won’t want to use it to build a website or control your server, but when you’re developing an app for Apple’s App Store, it’s more than adequate. It was built to do exactly that. So the Interface Builder, redesigned for Xcode 8, shows a live preview of the way your app will appear on any Apply device, and you can switch easily between devices to make sure that your app is clear whether it runs on an iPad Pro or an Apple Watch.

Those simulators are pretty valuable and mean that you don’t have to buy the entire ecosystem of Apple devices to make sure that your app works across all of them. The new Runtime Issues feature is a pretty effective debugger that combines a way to find threading problems with a View Debugger and a Memory Debugger to dig out memory leaks. 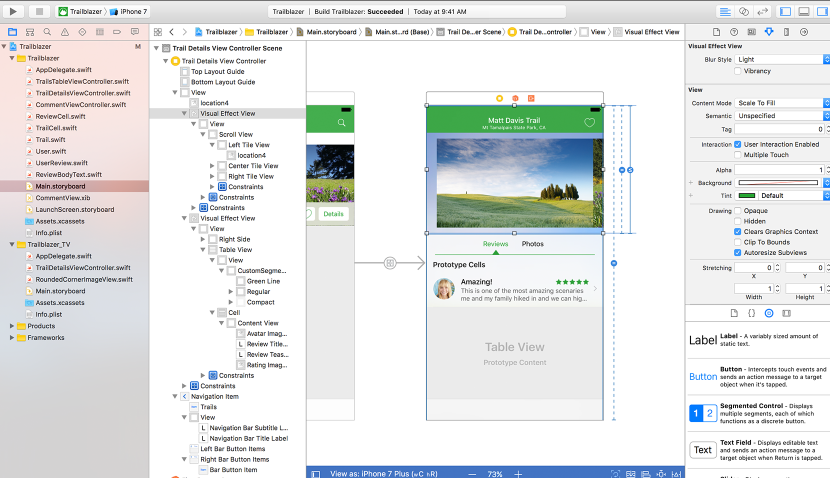 Do other IDEs do this better? Sure. Visual Studio is much more effective, but it’s also much bigger, much more flexible and it isn’t made by Apple. And it works. The autocompletion works very well, and the debugging is accurate. For Xcode 8, Apple also made the code signing easier with automatic certificates generated for different Macs.

Xcode also introduces some extensions that let you customize the environment but don’t expect to be able to go overboard on the customization. There’s no huge plugins culture, and you’ll always know that you’re playing in Apple’s garden.

Of course, one of the biggest changes in Xcode is the release of Swift 3. That area might need a little work. Some users have reported occasional crashes when writing in Swift, and the debugging can be a hard going. But writing in Swift is something you’ll need to get used to, and Apple is likely to make it easier for future versions.

Not surprisingly, Xcode is only available for Macs, but it is free, which makes it significantly cheaper than Visual Studio. In the end, if you’re writing for iOS, it’s going to be your default option, if only because it’s made by Apple.

If you’re writing for Apple’s App Stores, then Xcode is going to be your IDE of choice. It was made for Mac and iOS apps.

It’s free but runs only on Macs.