Maybe Avid Media Composer is the de-facto standard in features editing or broadcasting studio, but Apple’s Final Cut has gained a devoted following through the years: so if you’re searching for a professional video editing software, it’s certainly a valid candidate. But remember: it’s an Apple product, so it looks like there’s nothing ‘avdanced’ you can do, just because everything is well hidden under the hood. 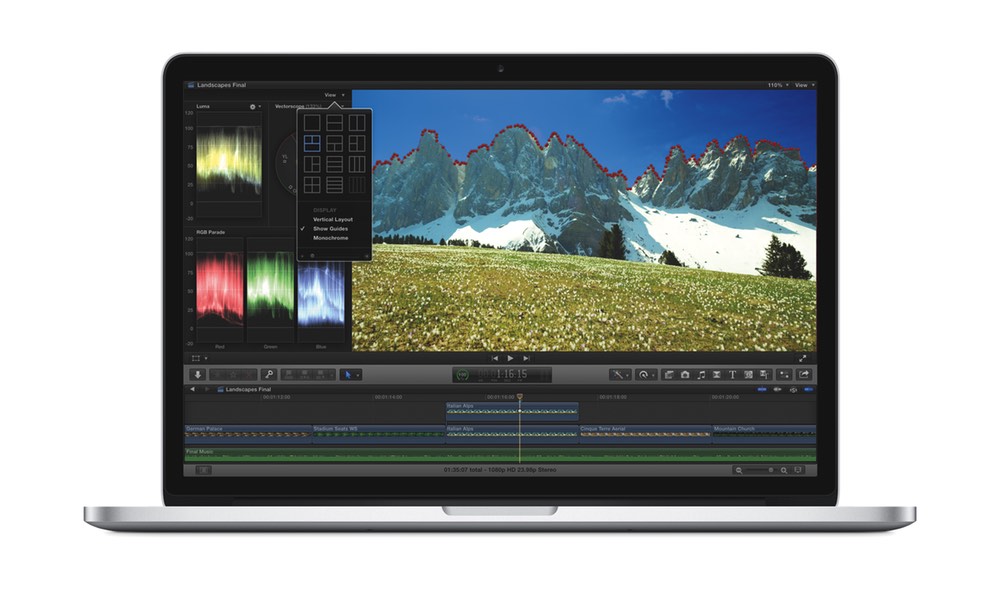 When it debuted in 2011, Final Cut X (heir of their Final Cut Pro products) received a slew of criticism for many of its features & usability innovation, such as the “magnetic timeline”. In the last few years Apple invested a lot in its video editing software and the latest version has come to a great distance. It surely helped that Final Cut X has grown on the many editors that blasted it when it came out, but it seems that Apple got itself together and is pushing strongly on new releases, with both innovation and listening to user requests. (Anyway it’s still possible to export to Final Cut X previous version, so to ensure that your projects don’t get lost.)

Final Cut X current release (10.2) is stunningly fast, even if you compare it to its previous version (10.1). The 64-bit software now take advantage of modern Mac architecture in a much efficient way than before: that means for example that you don’t have to wait every single subtle change to render properly to see if you like it or not, because Final Cut (finally) show you a preview without rendering the clip before. Say goodbye to those long rendering waits.

Many improvements came to Final Cut with the update from Pro to X (from 7.x to 10.x), such as the magnetic timeline, or a specific location for the autosave function. Over the last few updates, Final Cut X grew significantly better at manage media libraries, letting you organize your material in a much organic way than the old Project Library, which almost felt like a separate app.

Version 10.2 brought along 3D text, with the chance to convert to 3D every 2D text: that’s a neat feature, and the gradient of control you can exert on the effect is much more precise than we expected, given particularly Final Cut’ specific software for titles and animations, Motion. 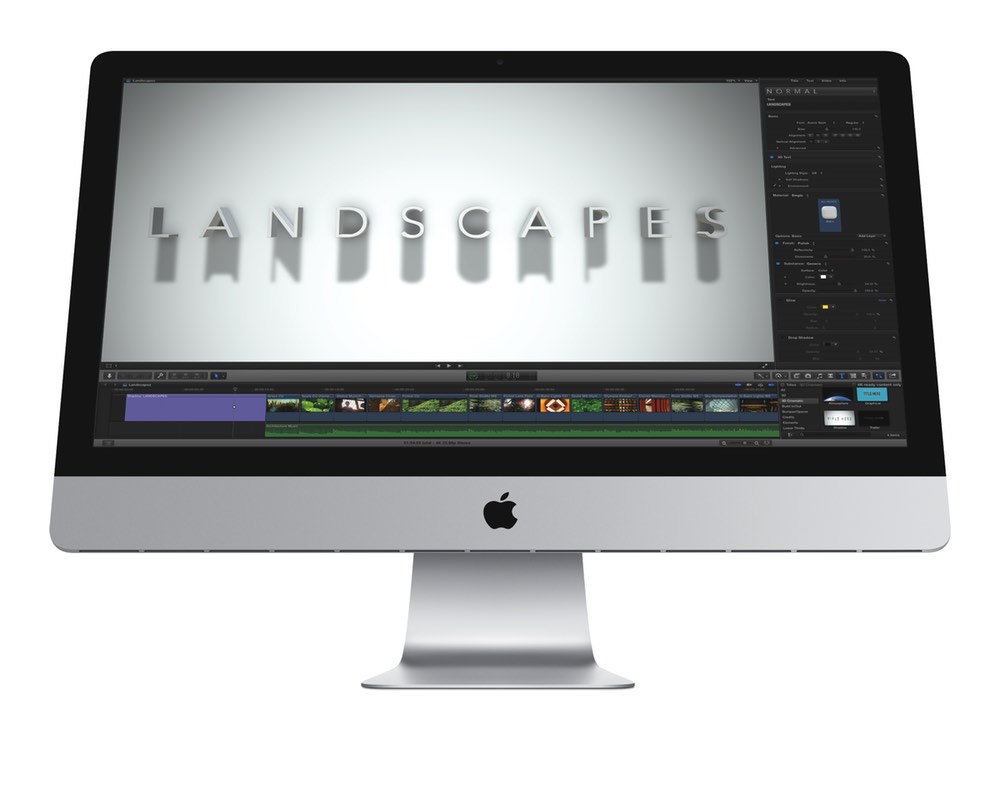 If your DP filmed with RED camers, Final Cut X lets you work with RED RAW footage like a shot, and its enhanced render engine now bears a lot more workload than before, thanks to the support for dual GPUs processing. Speaking of cameras, 10.2 increased camera compatibility to new models.

Also, advancement in effects are noteworthy: just to name one change, Draw Mask let you create your own effects, and even modify pre-existing effects, converting the mask into points that you can rearrange as you like. Video scopes also took advantage from this face-lift: now you can view up to four scopes at the same time, which saves you a lot of time clicking back and forth, and operate on their parameters. Stabilization has been improved and helps you greatly in getting a decent image out of your trembling footage.

As for audio, Final Cut has some roughness and unfortunately it’s not an aspect where you can work smoothly as video editing. For example, there’s no way to add some useful effects like compression (which is extremely achy), you have to edit each single audio clip, or worse you have to merge every audio object. There’s always Logic, Apple professional audio editing tool, but having more control over audio clips would surely be a blessing.

If you need to export or convert footage and videos, you’d better get Compressor, which empowers Final Cut’s own export ability to ensure that your movies will be seen everywhere. 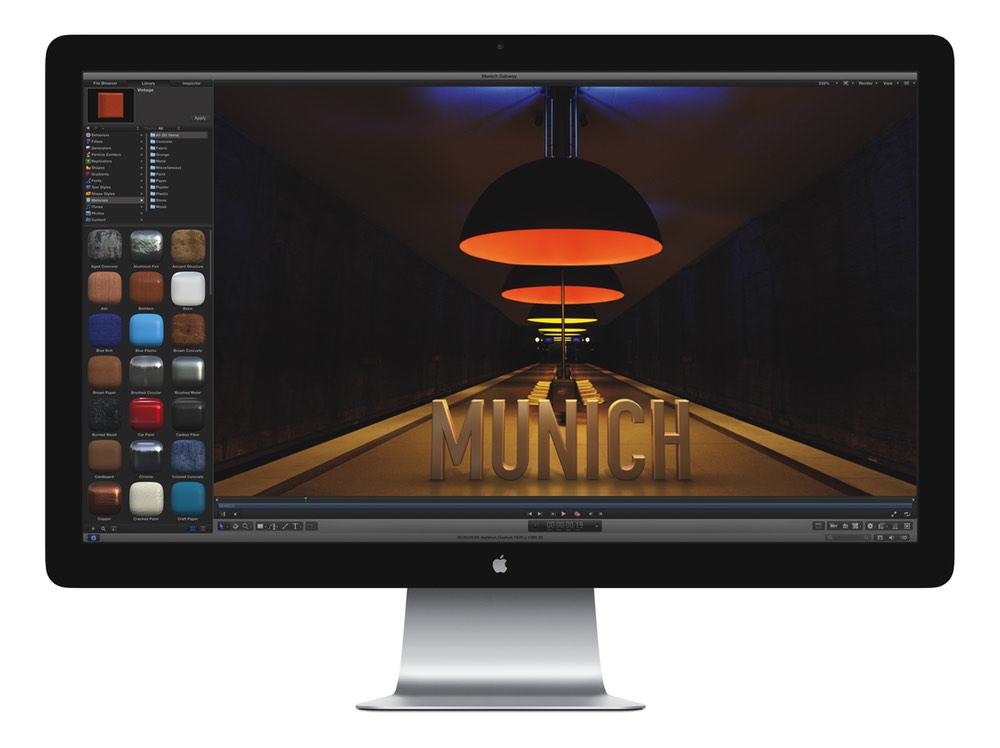 Wonderful graphic effects have been enhanced in the last Final Cut X version.

Of course, Apple’s website is full of resources, documents, knowledge base and video tutorial to get you back on the productivity trail. Plus, you’ll find many digital books to study. We really liked that they listed also a few site where you can find courses or different resources about Final Cut X, Motion and Compressor.

Early versions of Final Cut Pro cost a thousand dollars, which was a reasonable price given that it was a professional suite. Now you can get the same software for half the price, downloading it through the Mac App Store. Since there’s no way to upgrade to a software’s major version, it’s very likely that at the next great upgrade you’ll have to pay again. But we have to say: spend a few hundred dollars for such a professional suite is no such deal.

If you’re a professional video editor, Final Cut X is definitely a software you have to master. If you already work on Macs, given its price basically it’s a clear choice. Keep in mind that Avid is still the king of the hill, especially in broadcast.

Best for: anyone who’s serious about her editing job.